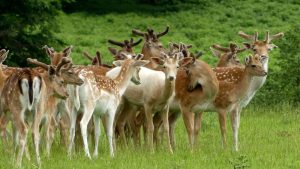 This week, dealing with an aggressive outbreak of TB, with a number of herds affected, has caused me to rethink my position on whether or not deer can transmit the disease. The outbreak includes a suckler herd and centres on seven or eight holdings in an area with a considerable deer population.

I had always felt that deer had little or no impact on TB transmission, because they are so extensive.  They’re unlike other wildlife that live in close proximity to one another and would transmit tuberculosis quite freely. In this case, it’s quite likely that the suckler herd was likely to have contaminated the herd of about 80 deer and now they are passing it on.

It’s also an area popular for summer grazing for dairy cows and they probably came in contact with deer. Then last November, herd by herd, those eight to ten herds have been testing positive for TB, with a lot found to have been infected once they reached the abattoir. It’s a devastating disease and while the deer will regenerate, cattle families are lost. 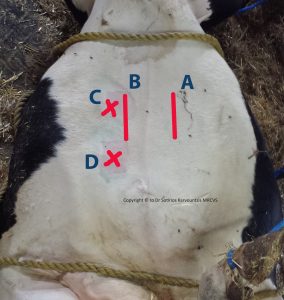 This is very nasty and can be avoided, but sadly all too common. It occurs when there is left displacement or twisted gut of a cow, the fourth stomach becomes trapped and remains in the wrong place.  The ensuing colic makes the cow eat selectively, opting for roughage not concentrate, so that they lose weight, drop milk production and eventually die. The best way to prevent it is with a robust transition diet, to correct it is with endoscopy or keyhole surgery as it is known colloquially. 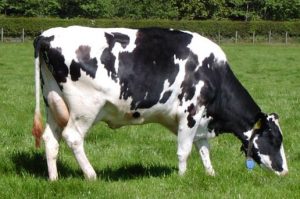 In most spring calving herds this time of the year, the cows are kept in by night and turned out by day. The tricky bit is keeping ahead of the grass growth, in order to provide cattle a stable diet. Some farmers use a portable plate device that measures grass growth, some don’t, but all are delighted to talk about how much their grass has growth and how much crude protein it is likely to contain.

It’s a great time of year. Very often you will get fresh grass at the end of April, beginning of May that will have 20-25% crude protein content. To get the equivalent of 25% protein in the cake, you will need pay an astronomical amount of money. Yet here is Mother Nature providing the best there is!!