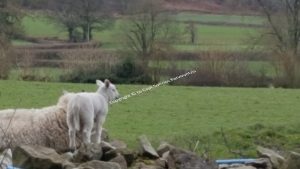 Lambing is busy now and we’re moving on to the commercials. The pedigrees have finished, but not without a last fling!  A Texel ewe was brought in for a Caesarian and produced a live seven kilo lamb, an astonishing achievement. She was a big ewe, but even so it was one of the biggest new born lambs I’ve seen. Quite memorable!

It was the combination of a number of things, rather than breeding for big lambs. The flock had stayed out until late in the Autumn and the grass remained pretty lush, which led to large lambs particularly where they are singles.

It’s all in the genes

Genetic diversity in the minority breeds has been a point of discussion with flockmasters, but hampered by Covid social distancing. It’s so important, but more difficult where the flock numbers are smaller. Breeds such as the Welsh Mountains and Badger Faced have a small gene pool, because  they are fewer in number. 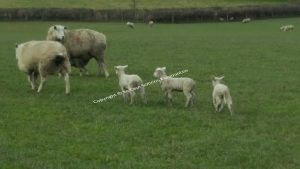 Yet genetic diversity is important, because it gives the breed adaptability to the various environmental conditions that are out of our control.  As restrictions are relaxed over the next couple of weeks and more people are vaccinated, I’m looking forward to cautious one-to-one consultations.  Genetic samples will show the level of diversity or of inbreeding in a flock and the breed as a whole.

It’s quite exiting from a genetics point of view, because most of the genes are polymorphic. You could have anything between two to eight or more variables in a specific gene. The way they’re transmitted during mating is completely random. Each parent would carry in each sperm cell or egg an infinite variation of those combinations of the polymorph. How each one is going to fertilise the other is completely random – the theory of chaos as some describe it. It means that, ultimately, despite our best efforts to control things, nature has the last word. But we keep persevering, relishing the challenge!

Genetic testing gives us an appreciation of the level of polymorphism, or variation. The smaller breeds have fewer breeding nuclei and fewer combinations than you would find in the more widespread Suffolks or Continentals. It’s all about the mathematics of the variables really and almost by definition the smaller breeds have a smaller pool to choose from. Their numbers are smaller and so it might be more difficult to maintain diversity.