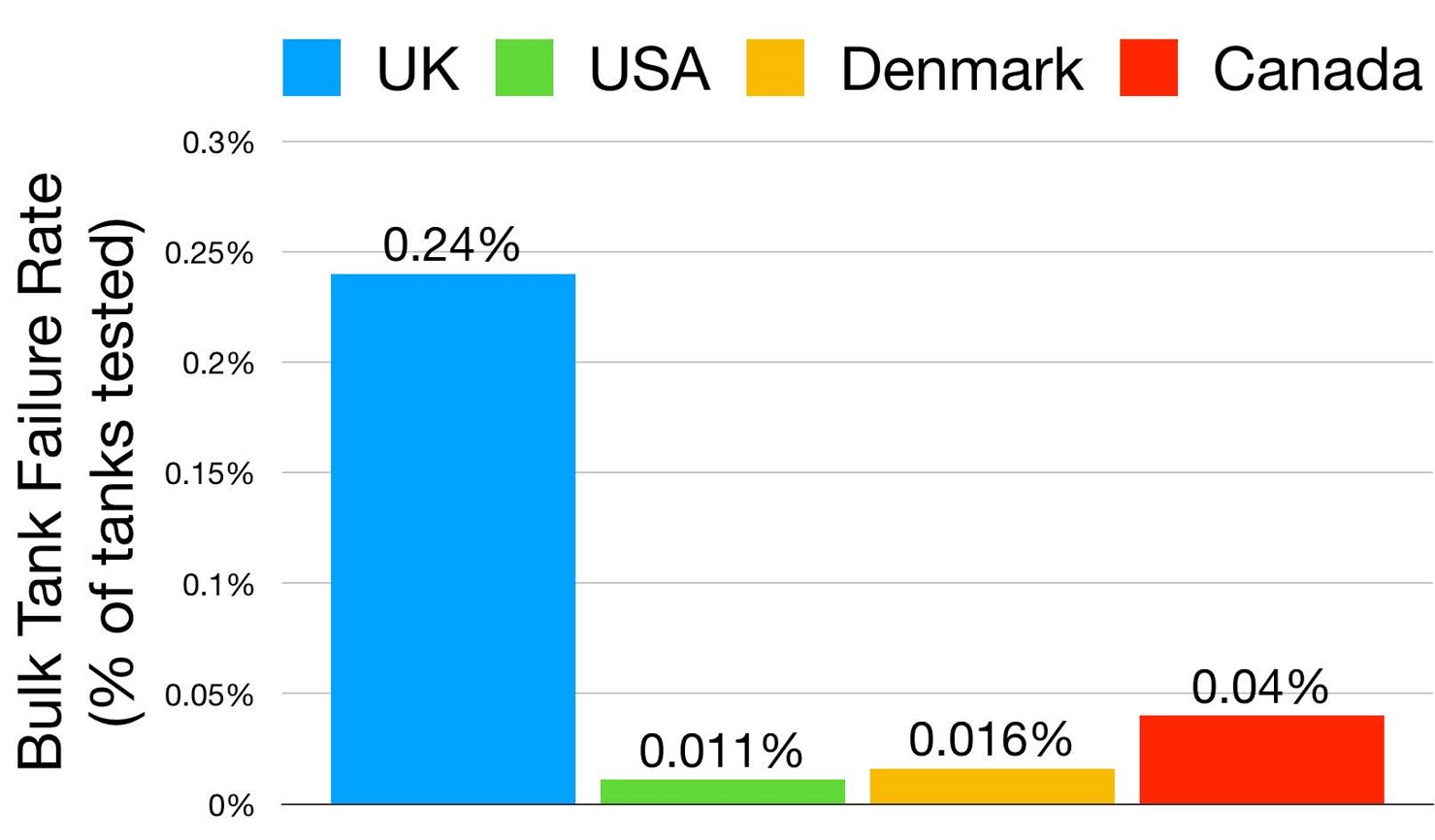 UK farmers have maintained a failure rate of only 0.24% since the 1990s, but some European countries and the US have much lower failure rates – in Canada just 0.04% of bulk tanks tested fail.

A few points to consider …….

We use cookies to ensure that we give you the best experience on our website. If you continue to use this site you agree to their use and the Privacy Policy of this website.OkRead more