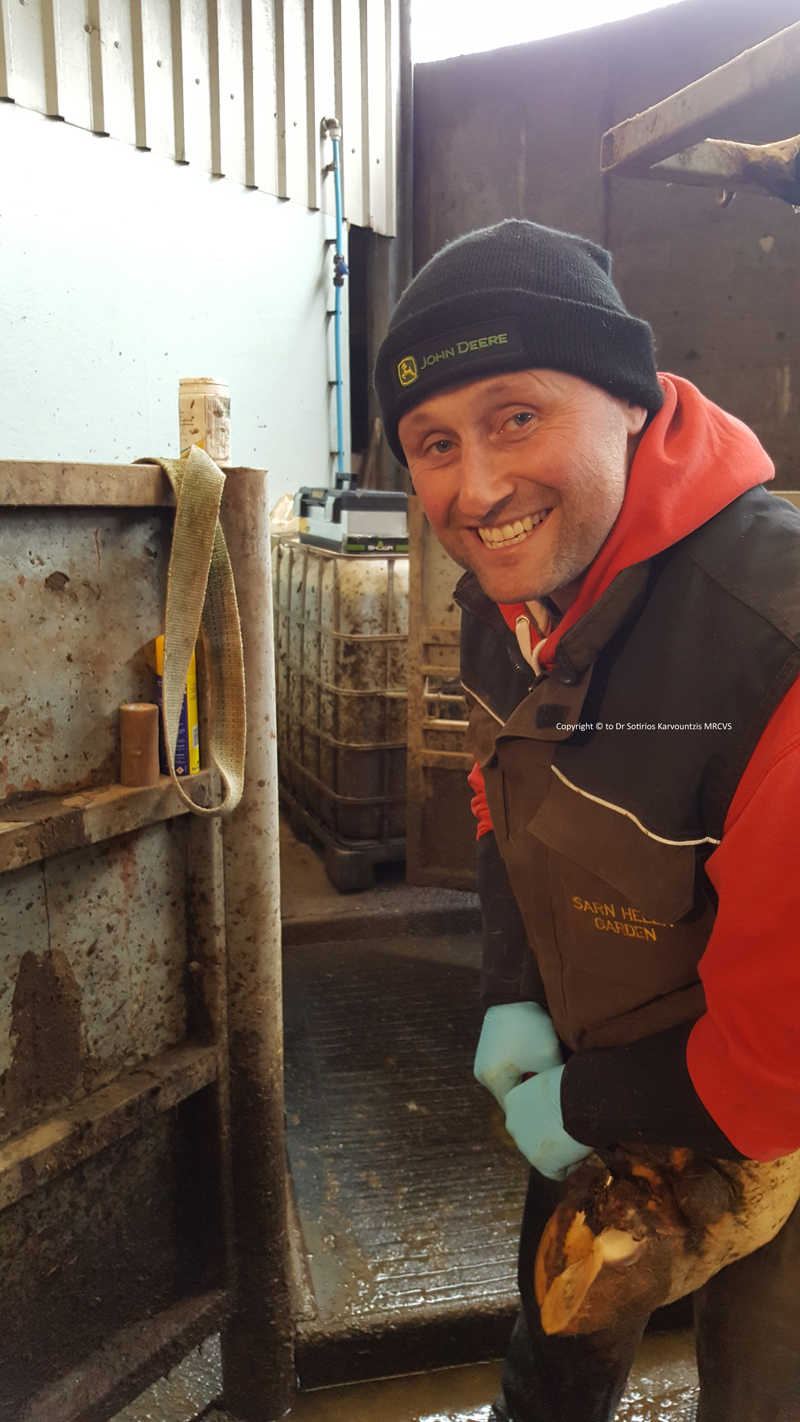 There’s a lot more to trimming a cow’s hoof than just making it look tidy! The average cow bears down 79 kg of her bodyweight on just 7mm of hind claw, with more of the weight on the front of the cow than the back.

This and the fact that the critical fat pad, acting as a shock absorber and as a pump carrying blood to the hoof, cannot be replaced means the cow’s productivity and longevity depend on her feet.  The foot trimming courses delivered by Mendip Vets explain the biomechanics of the foot, as well as technique, the need for insurance and, vitally, health and safety implications.

Dr Sotirios Karvountzis told farmers at Fferm Berllan Dywyll, Broad Oak, near Llandeilo, that this delicate anatomy is very vulnerable. The thin layer of horn is affected by the cow walking over broken concrete, rough tracks, stones and poor trimming, while the fat pad is built up during the first 30 months of life. 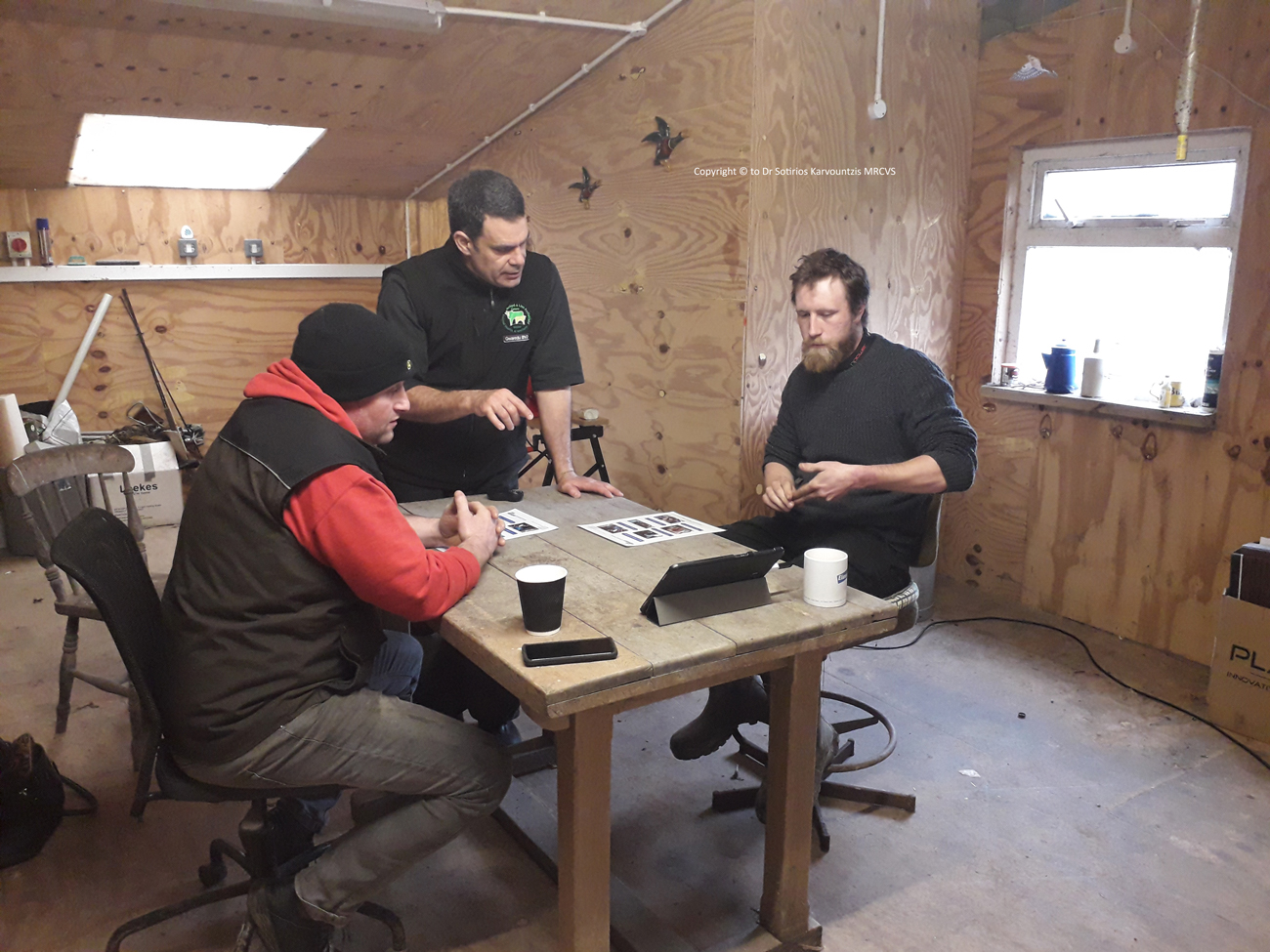 He explained that this fat can be depleted by factors such as unnecessary trimming of the heel, by Johnes disease and by solar ulcers. This and environmental or early life damage means a depleted fat pad is replaced by connective tissue, leading to a thinner solar horn, an overgrown claw and lameness.

“Step Two is the same as step one, but it refers to the stress claw, the one that is not as good, that overgrows.  We need to assess its length, its thickness and its height”.

“So in essence, after we finish step one and two, if we were to put the foot on the floor, they would bear the weight evenly.  Step three is called the modelling, because we create the dish that is unevenly spread between the stabiliser and the stress claw, we create a dish in the area that’s not meant to bear weight”.

“It’s the area where very often we end up with a solar ulcer, so by us creating a dish it means we are taking away the extra horn that might be causing the pressure and the pinching and might lead to a solar ulcer. In essence we delay the creation of a solar ulcer.”

Sotirios explained that steps four and five are only used if there is a problem.  They reduce the thickness of the claw after a solar ulcer and to deal with impacted horn and ridges. 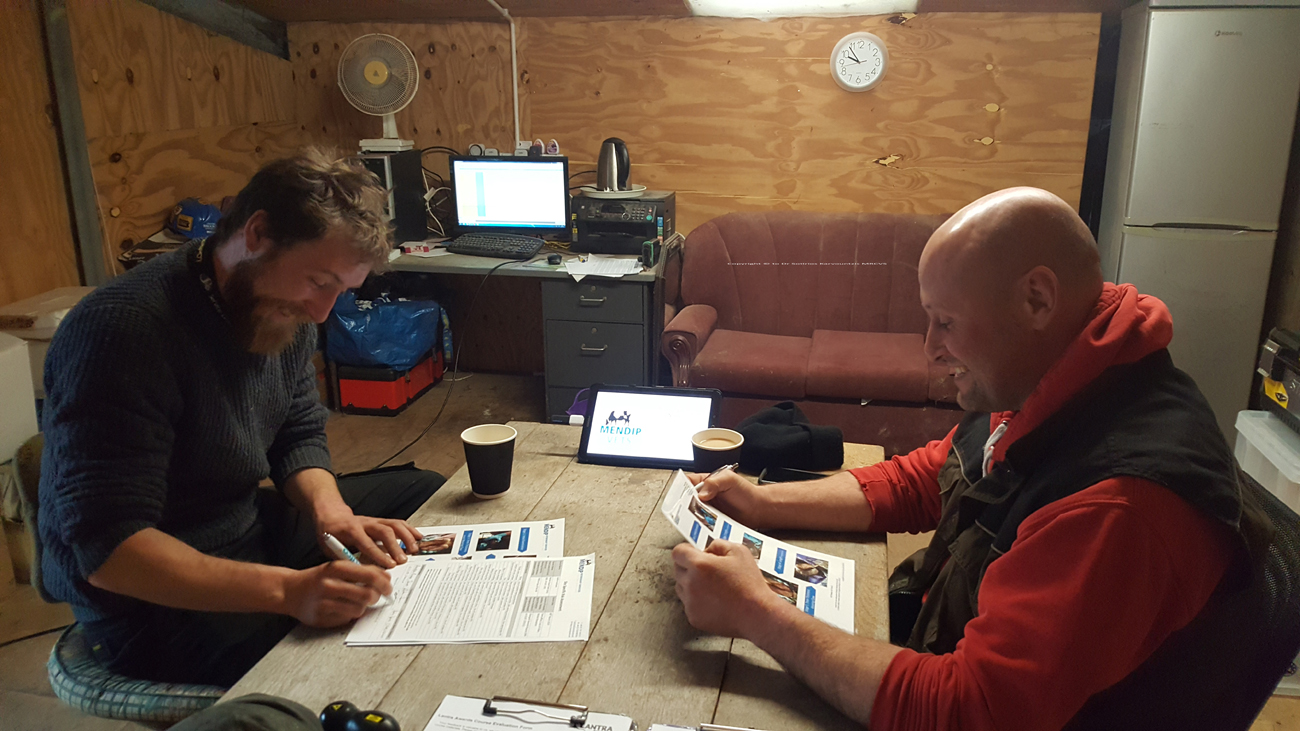 He uses a combination of high tech anatomical power point images and simple demonstrations in the practical sessions to make his points simple and memorable. The attempt to balance a mug on a serviette folded into a triangle effectively conveys the importance of the ‘toe triangle’ and the challenges to a cow’s hoof!

Similarly the practical sessions are methodical, lively and informative.  The emphasis is always on broadening understanding with a holistic approach, while taking complex procedures step by step and with a lightness of approach.

The importance of the right insurance and Health and Safety considerations was emphasised from the start. The knife sharpening technique is particularly tricky and takes a little practice to get the best effect in a safe and competent manner.

The Mendip Vets LANTRA hoofcare course was delivered at Fferm Berllan Dywyll was attended by beef farmers as well as milk producers.