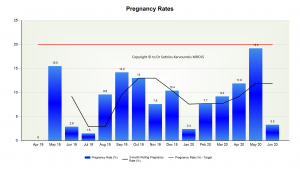 Lockdown has meant different things to different people and for some it has meant an opportunity to take a fresh look at life and business.  Llandeilo based vet, Dr Sotirios Karvountzis of Mendip Vets, said life became busier, but the ban on preventative visits gave him time to review and research ongoing problems.

Dairy farmers submit production, clinical and other data to various specialised websites as part of their milk contract.  Lockdown meant that, in the downtime between call outs, Sotirios had the chance to study the data and pursue his interest in eradicating ‘hidden costs’.

He analysed farm performance, while reviewing their submitted data.  It meant he was able to establish common themes and to come up with some answers to the ‘hidden costs’ borne by so many herds.

“Is the herd at risk of infectious disease, such as IBR, BVD, Leptospirosis, Liver Fluke and Neospora? Or even, is the offspring robust enough, what is the incidence of mastitis, lameness or tuberculosis between various genetic lines on the farm?

And because the various conditions, foetal membrane retention, ketosis, mastitis, have a defined number of causes, we can make a start in our investigation.  Some of the commonest causes can be an incorrect transition diet, milk fever after calving or, in the case of mastitis, we start with the milking parlour, then the milking routine or the environment.

Sotirios added: “I don’t want to over simplify a complex situation, but usually there are a number of areas that, if you rule them out, then in my experience there is a good chance of reducing the problem.

“So the extra time during Lockdown allowed me to use it productively. I appraised performance, looked at hidden costs and then started discussions over the phone or teleconference. It’s incredible how the teleconferencing technology has come such a long way.

“I had discussions with clients and showed graphs to say where we are and why we are there, giving a few possible reasons. Then I suggested visiting the farms and taking a closer look at those once restrictions were eased. 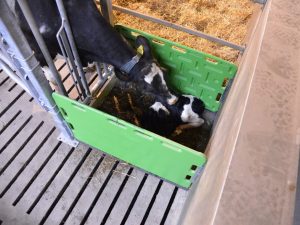 “The reduction in the time that milking takes can have wide reaching consequences, including a reduction in the incidence of lameness. This should be coupled with helping them select the most suitable bulls that combine the most appropriate production, management and type traits with the likelihood of reducing lameness and overall disease in their offspring.

“It can also mean having a conversation with the owners about monitoring infectious and parasitic disease in the herd, through ordering appropriate bulk tank milk samples, all by the click of a button and without us having to visit the farm initially.

“All these hidden costs can be there and the farmer aware of them. But really you don’t know where to start unless you have the data and the research.”

Sotirios says the savings mean that suddenly there is then money released for other investment on the farm. A simple backing gate, for instance, the gate that gently pushes cows towards the parlour frees up time for the milker.