High cell counts in cows as they were drying off had been an issue for Huw Morgan and his family, farming in the Towy Valley. The pattern had become deep seated in their 150 British Friesian x Jersey cows herd in the seven or eight years they’d been milking.

Then came the suggestion from their vet, Dr Sotirios Karvountzis, that they should let him undertake a dynamic test of the milking parlour. The results led to an improvement that was more than they could have hoped for and pinpointed an unexpected source of the problem.

The milking parlour at Twyn Farm, Halfway, between Nantgaredig and Dryslwyn, had only been installed in 2013, but the tests showed the main problem was that the ACRs (automatic cluster removers) weren’t pulling off quickly enough. The clusters were coming off at 400 mil a minute, so taking more milk out of the udder and overmilking.

Huw said: “When we were drying off, our cell counts were going up into the high 200s, so we wanted to see if we could be in better control of it and bring it down.

“Dynamic testing was something new for us to try, something I didn’t know very much about.  It sounded a good idea and so we went with it. We had tried various things in the past, but after the dynamic testing we brought it down to about 110 when we were drying off. It’s the best reading we’ve ever had. 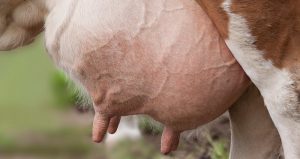 Huw admits to having been surprised at the benefits of adjusting the ACR levels. It means they have been able to reduce the administration of an antibiotic tube alongside a sealer as part of selective dry cow therapy for cows with a cell count of more than 150. Previously 50% were administered antibiotic with a sealer and 50% just a sealer, but that has reduced to antibiotic for a third and two-thirds just a sealer. It means a lot of money has been saved on antibiotic tubes, but also milking time has been reduced by about 15 minutes a session.

Another adjustment is in regards to the teat liners, there is no such thing as a ‘one size fits all’ as the dynamic test highlighted. The cows’ teats were measured, with the result that the next stage is to order new, better fitting, liners to reduce slippage. 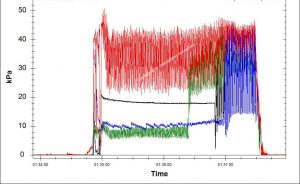 Huw said: “It was pretty straightforward. Sotirios turned up about a half an hour before we started milking to set up.

“Then after that we didn’t really know he was there and he just did his thing with the units. It didn’t put any time on the milking.  Then after doing the test he went away and sent us a report of his findings.

“He discussed it with us and went through the recommendations, saying what needed to be changed and whether there were any major changes needed.”

The changes, begun last Autumn have improved the bottom line, reduced milking time and also reduced stress on the family as they dry the herd off for two months in the run up to Christmas.  The Spring calving, grass based system allows them to have two months off, with the milk sold to Arla on a solids based contract.